Ah! Here I am, finally, clicking on ‘New Post’. Life has been hectic this week, with piled up work to finish and errands to run, thanks to the vacation bang on the first week of the month. But, oh boy, no regrets there, as I've returned fully recharged, almost as if on steroids!  And the time is now ripe, in fact overripe to start my new travel series as promised. I've been maintaining the destination as suspense ever since I promised a new series and it’s about time to let the cat out of the bag.

TA DAAA! SIKKIM it is! West Sikkim, to be precise.

I’d been to Sikkim just a year back, covering East and South Sikkim (Nathula, Tukla range, Changu lake,  Namchi, Gangtok etc.) then. I must say, I was totally fascinated both by the place and the people. I also found that there is a lot more to explore in this tiny Indian state and ever since, I’ve been reading up quite a bit on the same.  That was when I stumbled upon an article about the Barsey Rhododendron trail. Miniscule efforts, magnanimous rewards – that was what Barsey in April was supposed to be. An easily doable trail with a gentle gradient, amidst the enchanting rhododendron spring blooms coupled with some stunning views of the Kanchenjunga. Hmm, this sounded exactly like my cup of tea. But who would I go with? My all time travel companion, my hubby, had already planned his trek of the year – Saurkundi pass sometime mid-April. So, for the first time, I decided to travel without family and find a women’s group to travel along with me. I posted my travel plan on FB, soliciting female travel companions, and believe it or not, there were over 20+ enquiries!(there are so many ladies itching to travel by themselves!) Last week of March, being the peak exam season, most ladies could not make it. So, it finally boiled down to a chic(k) group of three. Plans made, fingers crossed, breaths bated!

Finally the day arrived. I took my flight to Kolkata and from there, it was an overnight train journey to New Jalpaiguri(NJP station in the town of Siliguri). The plan was to meet at NJP.  And Mr. Murphy was nowhere in the scene. All the three of us arrived on time and met without much chaos or confusion.  And what’s more, the cab from Pelling was already waiting for us at the station! Sweet! Off we set to conquer the mountains….

P.S: Not too many photos this time, just a sneak-peek to keep you hooked J 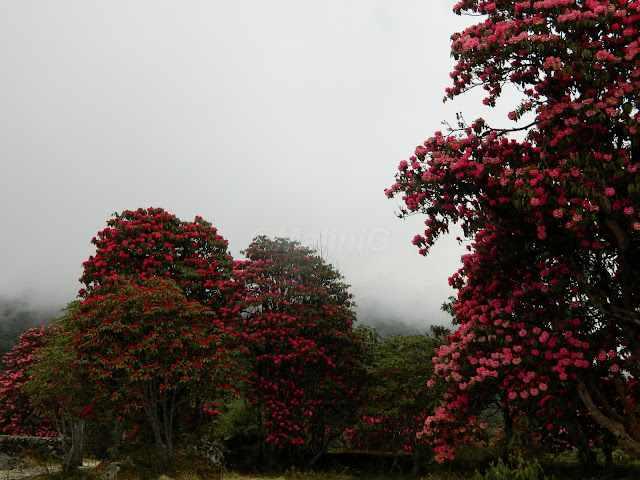 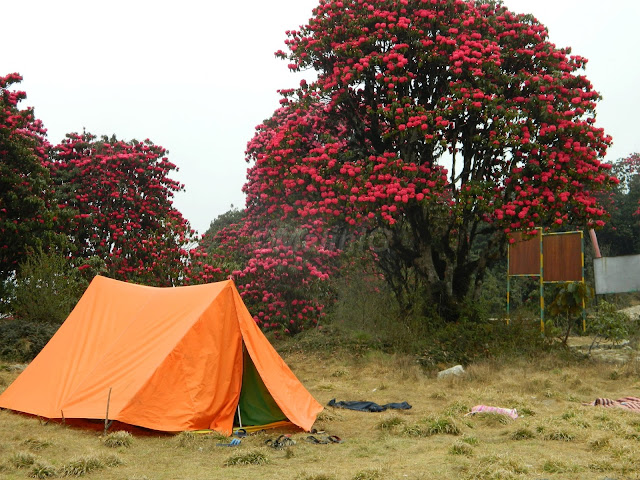